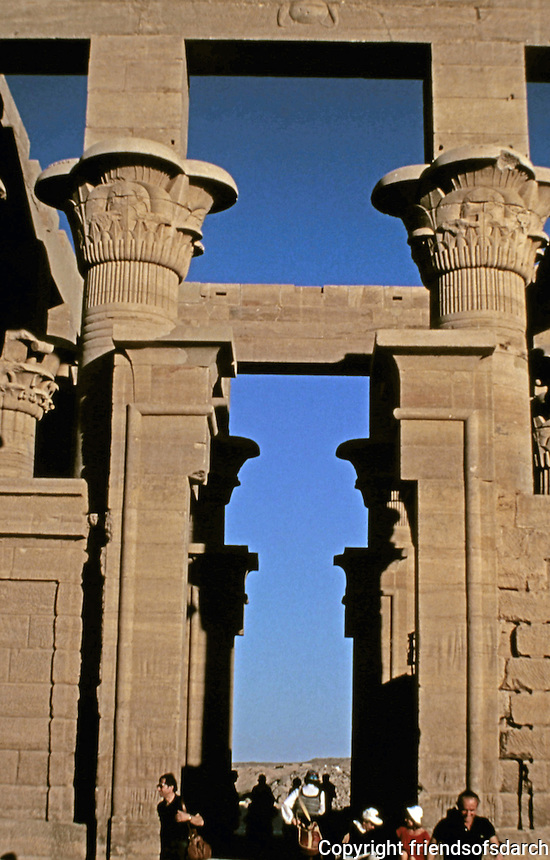 Trajan's Kiosk is a hypaethral temple located on Agilkia Island. One of the largest Ancient Egyptian monuments standing today, it was constructed by the Roman Emperor, Trajan. The edifice was originally built on the island of Philae, near the lower Aswan Dam. Later transported to Agilika in the 1960s by UNESCO to save it from being enveloped by the rising waters of the Nile. (Wikipedia source)